Get Rid of Black-and-White Thinking 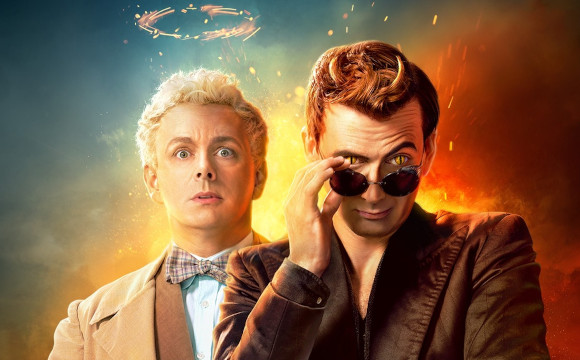 Good Omens, a show on Amazon Prime, is an adaptation of the book by the same name by Terry Pratchet and Neil Gaiman. In both the show and the book, it is the end of times, and two characters, an angel and a demon, are called on to join their respective sides in the upcoming war. The problem is, both have lived on earth, among humans for so long, they no longer fit the bill of angel and demon! Neither one was all good or all evil, and hence they didn’t really have a “side” to fight for.

While the show is a comedic and satirical view of the world, it does have a larger message that is connected to much of the work we do with clients. The message is that there are no absolutes in life and that we should work to avoid black-and-white thinking. This is a message that is echoed in several evidence based treatments, most specifically in Dialectical Behavior Therapy (DBT) and Acceptance and Commitment Therapy (ACT). But what exactly is black-and-white thinking and how do we avoid it?

Categories of the Mind

Let’s take a little ride back in time on the Evolution Express to visit with our distant grandparents, the very early humans. Here, on the savannahs of Africa, we see that this human is not so much like us. There are no stockpiles of food around, there aren’t huge tribes who have mastered tools and are at the top of the food chain. Instead, we see a human who is struggling to survive. This human doesn’t have huge muscles or sharp teeth to help it survive. What it does have is a large and evolved brain, which can out-think most of the other animals around. One big problem though, this big brain is also a big energy consumer, and energy (in the form of food) is pretty scarce around here. So, over time, very early human developed some shortcuts to help the brain be more efficient, which will help it use less calories and calculate even faster.

One of these shortcuts is that the brain puts everything into categories. Categories allows humans to be more efficient about how we understand the world, and takes the many different items in it and simplifies it down to a few categories of items. For example, very early human would have looked at all the animals with big sharp teeth and claws and put them in the category of “Dangerous – Stay Away.” And bushes that had berries all over them were likely labelled in the category “Yum … Food!”

We can see both how this categorization could make it much easier to survive and to make faster decisions. You see something in the Dangerous category, you stay away. You see something in the Food category, you keep that near. We can also see how that could result in many difficult and missed opportunities. Friendlier wolves (which would eventually become dogs) were likely avoided because they fit in the Dangerous category. And not all berries are good berries to eat, so not all “food” is “yum.”

Back … to the Present

Here in modern times, we have worked out the whole dog and berry issue, but we are still left with the remnants of categorization. This is most easily seen in young children, who are totally obsessed with it! They love to put things into categories, which is why many of them are very interested in dinosaurs and other animals. The categories are a way that they help make sense of the world that feels new and novel to them.

Many, if not most, people grow out of strict categorization over time as their brains continue to grow and the nuance of life becomes more clear. Years of philosophy classes have taught people that there is no clear answer to what’s right and what’s wrong, or what’s good and what’s bad. We’ve even come to accept that sexual identity isn’t so easily categorized, it’s a spectrum of interests and desires.

Yet, even with all this new understanding and accepted nuance, there are moments and situations where we fall right back into that old categorization conundrum. This is where black-and-white thinking comes from, the idea that we can get rid of the nuance of life and make things super clear. The choices are either A or B, and nothing else. It’s part of our evolutionary roots, and it’s been a huge help to us over time. And, it can also be a big problem for us today.

The problem with black-and-white thinking is that it doesn’t take into account the nuances of life. If black is on one end of the spectrum, and white on the other, life happens in the middle, or in the gray area. Paying too much attention to either end and ignoring the middle leads us to feel uncomfortable, unsettled, and frustrated because things won’t quite add up. That’s because it actually doesn’t add up! You’ve ignored some of the inputs and variables!

To get to the gray, you need to first work on accepting that there is no absolute answer. That’s a difficult thing for people to do, especially when it feels very strongly that there is an “answer” or that there should be an “answer.” Second, you have to try and tolerate all of the uncomfortable feelings that come along with sitting in the gray. It’s much easier to think that there are clear answers, or ways of being in the world. That stance gives a lot less room for error and you have less choices to make (or to mess up!). And finally, use your coping skills to help you tolerate the discomfort of life. You don’t have to walk around just feeling uncomfortable all the time. Use coping skills to help you get through difficult moments.

As the angel and demon in Good Omens found out, to live on earth means to live in the gray, not in the black-and-white categories of our minds. And that can be uncomfortable, for everyone! At the same time, there is a freedom that comes along with living in the gray. It allows you to live your life more flexibly and fully.