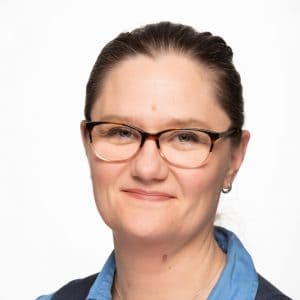 In a recently released video, Chiara de Blasio, daughter of New York City’s new mayor, talks about her struggles with substance abuse and depression. In it, Ms. de Blasio speaks eloquently and personally about the struggles she had, how she thought about her drinking/pot smoking, how she justified its use, and how hard it was to grasp the concepts of change. She talks about how her therapist helped get her to an outpatient treatment center, how she had support from her family throughout, and how she was eventually able to move beyond her own issues with substances.

Ms. de Blasio’s story is one that reflects a lot of what we talk about in Beyond Addiction, including understanding that substance use problems often involve a difficult internal struggle of weighing the costs and benefits of use, how to choose appropriate treatment, and the main concept of the book: loved ones (parents, spouses, siblings, grandparents, etc.) can stay involved and their involvement is helpful!

To go into this in a little more detail, the first touching and significant piece of Ms. de Blasio’s description was how her use functioned as a way of coping with depression. She wasn’t using because she had a character flaw, or a weakness that caused her to use. She was trying to cope with strong and difficult emotions. It’s clear that drinking and smoking pot wasn’t the most successful coping strategy for her, but it is a rather understandable one. Many people use alcohol to “unwind” at the end of a stressful day, or as a “social lubricant” when they are anxious about a social event. These are attempts at coping with stress and anxiety, and, in Ms. de Blasio’s case, they were both effective at times while also caused problems of their own. Understanding the specific function that drugs and alcohol have for a specific individual can help increase understanding, empathy, and effectiveness in helping someone make changes.

Second, a touching matter Ms. De Blasio detailed was how much was made possible for her when she became abstinent. Her description shows poignantly how the transformation from unhealthy habits to healthy ones can unexpectedly reveal an internal twist from feeling someone must “give up” so much, to feeling that so much more is now accessible to them. That uncovering of possibilities is something that others in her life helped facilitate and she bravely offers to help facilitate for others by leading by example and demonstrating the strength and value of hope.

Third, Ms. de Blasio describes consulting with her trusted therapist who then recommended she try an outpatient program where she got the skills she needed to start to feel better and to cope differently. People are often instructed that the first required step for changing substance abuse is to go to rehab, followed by “90-in-90” (90 AA meetings in 90 days) and that if the person is not willing to accept this, they are considered “not ready” or an intervention is determined needed to force them to go. The reality is that there are many pathways to changing substance use, and what is best for one person (rehab followed by 90-in-90) may not be best for another person.

Finally, Ms. de Blasio referenced how her parents were there for her, ready to give her support whenever she needed it. She wasn’t kicked out of the house or ostracized. They didn’t detach from her or blame her or keep her hidden from the public. Instead, they offered her help, offered her support, and reinforced her when she was doing well (she got to star in a commercial for her father’s campaign, which is quite a reward for doing well!). By staying engaged, they were able to offer her other ways to feel good, helped her to set goals and get rewards for making positive changes, all of which helped her to make long-lasting changes.

Ms. de Blasio’s video was very brave and powerful. It was also very informative. The de Blasio family didn’t follow the typical script of how to help (waiting for “rock bottom,” rehab, etc.), rather they found a different way that encouraged behavior change while staying connected as a strong family unit.

Dr. Nicole Kosanke is a licensed clinical psychologist with 20 years of experience and is the Director of Family Services at the CMC’s outpatient division in NYC, where she specializes in the assessment and treatment of substance use disorders in individuals and families. Dr. Kosanke works in the research and clinical practice of treating substance use disorders and utilizes the principles of CRAFT, MI, and CBT in different therapeutic modalities and resources: group, individual, family, video training, and written materials. She co-authored the award-winning book, Beyond Addiction: How Science and Kindness Help People Change, which is a compassionate and science-based family guide for navigating the addiction treatment world, understanding motivation, and using CRAFT skills. She also contributed to The 20 Minute Guide: A Guide for Parents about How to Help their Child Change their Substance Use. She has been interviewed on radio programs and podcasts about substance use disorders and her writing on these topics has also been featured in Huffington Post, The Observer, and Counselor Magazine. She was also featured in an O, The Oprah Magazine article about her client’s experience in treatment at CMC, which was later published in O’s Big Book of Happiness: The Best of O. Dr. Kosanke also serves as a consulting psychologist and trainer for CMC:FFC, a non-profit organization providing evidence-based skills training to family members who have a loved one struggling with substance use issues. She is a member of Association for Behavioral and Cognitive Therapies and American Association of Addiction Psychiatrists.