Is CBD Oil the Next Anti-anxiety Medication? 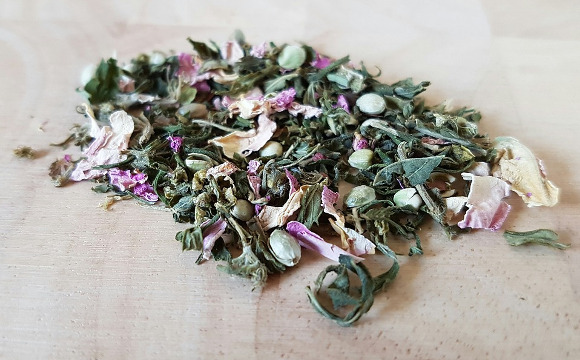 CBD is everywhere! Athletes are using it and touting it’s ability to help them recover after competitions and practice, and are using it in place of ibuoprofren. In New York City, you can find it in most local pharmacies, herbal supplement aisles, and vape shops. Bars and restaurants are even adding it to cocktails! CBD is officially everywhere, and it’s thought of as a possible cure for everything from irritable bowel syndrome to epilepsy.

And it’s not all a crazy fad as cannabidiol (CBD’s scientific name) does appear to have many therapeutic applications. One of the most interesting possible applications is that of CBD as an anti-anxiety medication.

CBD is one of the many cannabinoids that are found in the marijuana plant and in its cousin, the hemp plant. The most well known cannabinoid is Δ9-tetrahydrocannabinol, commonly known as THC. This is the psychoactive chemical in marijuana, the one that gets you high. And, more and more, is part of a system of cannabinoids that researchers are looking at to identify how they might benefit people medically. CBD is another one of the major players in the cannabinoid field, yet it has been less studied until recently.

CBD first came to the attention of researchers in the 1970’s when it was found to help combat some of the less wanted side-effects of THC, particularly feelings of intense panic and anxiety. Prior to these studies, CBD was considered to be an inactive cannabinoid. Since them, however, they have found that when people use marijuana that has a 1:1 or 1:2 ratio of THC to CBD, there is a significant reduction in marijuana induced anxiety.

So, CBD appears to have an anxiety tamping effect on subjects. In fact, on the marijuana recommendation website Leafly.com, they recommend strains that are high in CBD to anyone who tends to experience anxiety. This is in part due to the research that shows that marijuana strains that are high in CBD tend to result in less anxiety when ingested. And think about the possible benefits: a non-psychoactive medication that does not have the potential to be abused that can be grown easily and has no known side-effects? If that is the case, the implications could be immense. But, do we have research that backs up these claims?

What does the Research Say?

The unfortunate news is that there isn’t much research to prove or disprove the theories that CBD on its own could be an anxiety medication. Marijuana is still a schedule 1 drug in the United States, which means that it is highly regulated and considered to have no medical uses. What that also means is that it is very difficult to get in order to study it, and even when you can, there are increased hurdles to get participants in the studies. So, there’s not a lot of information out there about this potentially powerful supplement.

What we do know, however, is tantalizing. In a 2015 review out of New York University School of Medicine, Esther Blessing and colleagues looked at all the research available on human and animal studies of CBD on anxiety. What they found is that CBD has demonstrated some anxiolytic (anti-anxiety) effects in both humans and animals. More specifically, CBD seems to reduce the impact that stressful and anxiety provoking situations have on a person, making them less susceptible to having increased anxiety following a specific, stressful event or prior to an upcoming situation (like public speaking or a social situation).

How Does It Work?

This is where the lack of research hurts us. The endocannabinoid system in the body is very large and complicated, with many receptors and connections to many other systems in the body. As a result, each cannabinoid impacts many different receptors and systems, and pinpointing how one cannabinoid impacts something like anxiety needs a lot more research. That said, there is some evidence that much of this has to do with CBD’s impact on the CB1 and CB2 receptors.

These receptors, which are two types of cannabinoid receptors in the brain, contribute to the consolidation of either emotional or non-emotional memories, as well as. As such, activating them a little bit seems to help reduce the anxiety one gets from experiencing new and novel situations and helps to prevent fear reconsolidation (the solid memory that this is something that you’re afraid of). This means that you can experience something that was difficult, and even have it turn out poorly, but be more willing to try it again in the future. Hence, a less sustained anxiety response!

How Should You Take It?

The data on CBD is weak on dosing, however there are a few things that are consistent in the literature. First, CBD has a bell-shaped dose curve, meaning that the more you take the more effect you have to a certain point, then the effects begin to decrease. And, there’s not enough research to give a clear recommendation for how much any person should take.

Even companies aren’t quite sure what to recommend! Take Bluebird Botanicals, a leader in production of hemp-based CBD products (hemp produces CBD but naturally has very low, even negligible amounts of THC, so it’s an excellent source for CBD extraction). They go so far as to send all their products out for third-party testing to guarantee that you know what you’re getting. But, on their FAQ page, their recommended serving size for a tincture oil is 15 drops, although people take as little as 5 and up to the max recommended daily amount! That’s quite a range!

What the research does recommend is a dose of between 300 and 600 mg. Again, this is very preliminary data, and there are no officially stated dosing guidelines at this point. But what is clear is that if you take too much, you will not experience the benefits at all, so this is a case of less-is-more!

CBD has shown some real promise in its ability to help with many different issues, both physical and psychological. While it needs more research, it is clear that it is something that is worth discussing with mental health and medical professionals as an adjunct to treatment.

PrevPreviousLife, Liberty, and the Pursuit of … Values?
NextAll About SleepNext